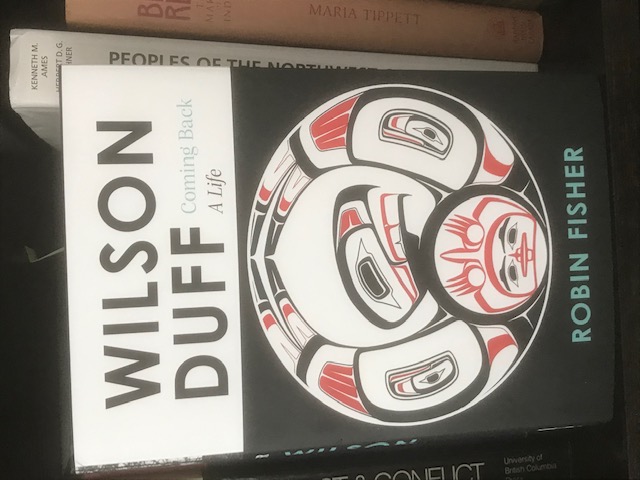 I was disappointed last week to hear that the BC premier, John Horgan, was revisiting his government's plan to build a new provincial museum.

I understand that the $800-million project had become an anchor that was threatening to sink his political ambitions. The opposition, and the press, had successfully portrayed the rebuild as a boondoggle and a "vanity project". (Why are sports projects like Olympics always considered benefits while cultural projects are dismissed as boondoggles?) But even if I understand the decision, I lament the fact that the government was unable, or unwillng, to make a strong case for such an important provincial institution.

Coincidently I've been reading Robin Fisher's new biography of Wilson Duff (photo above). Duff was provincial anthropologist at the museum during the 1950s and 1960s. The book illustrates what an important role the museum, and Duff, played during that period in cooperating with BC's Indigenous people to protect their cultures.

"Based on objects, ideas and research, museums were ultimately repositories of truths: truths about the past and truths about the present... Museums should teach about the value of different cultures -- then, by comparison, encourage people to think about what is right, and what is wrong, with their own ways of life. While people came to museums to look at the things, Wilson was convinced they also came to learn about other cultures and thereby about themselves."

There is so much talk about reconciliation these days. I'd have thought that the provincial museum was uniquely placed to carry out this work. A cheaper rebuild perhaps. Definitely a rethink of the exhibits. And let's get rid of that name, Royal BC Museum. If we want to decolonize the place, there is no room for Royal. But a reimagined provincial museum is a cultural necessity that the government has no need to apologize for.