Hobos in the Jungles 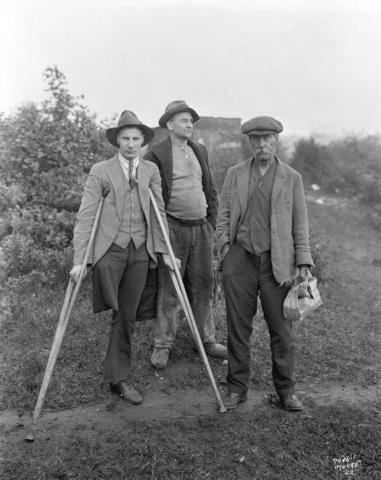 I’ve recently been poking around the history of squatting in Vancouver. Issues of homelessness and transiency go right back to the origins of the city. Gassy Jack himself was a squatter and of course you could argue that we are all squatters, on native land.

During the Dirty Thirties the men in the photograph were among the thousands of single unemployed who arrived in the city. (Photo courtesy Vancouver Archives Re.N8.2) Vancouver was the “Mecca of the Unemployed,” as one civic official famously complained. The transients occupied rough shantytowns thrown together out of scavenged building materials and rusting car bodies at several locations on the fringes of downtown. They obtained water from stagnant ponds, foraged for food and begged for handouts. Known locally as hobo jungles, these squatter communities were not appreciated by local authorities who feared the potential for social unrest. Streets and parks were the scenes of protest marches and demonstrations by men demanding relief and jobs. The situation worsened in the spring of 1931 when the City reduced its relief payments, yet police reported as many as 75-100 men arriving every day.

The Reverend Andrew Roddan, minister at First United Church and well-known radio preacher, was an outspoken advocate for the dispossessed. He began a soup kitchen and made regular visits to the Jungles. In September 1931, wishing to draw public attention to the plight of the dispossessed, Rev. Roddan asked a favour of his friend W.J. Moore. Moore was a local photographer, known particularly for his large, panoramic images of the city. Roddan wanted Moore to accompany him to the False Creek flats where several hundred homeless men had congregated in the largest of the jungles on the former site of the city’s garbage dump. Roddan thought some photos of the scene might help with his campaign.

Moore later recalled his visit in a conversation with city archivist Major James Matthews. Moore described the inhabitants as “men from everywhere, all sorts of ages, education, characters, attainments, and which a common want and some misery had banded together in larger or smaller groups for mutual help.” It was a drizzly evening and Moore watched the men being harangued by an ardent young female Communist. “You call yourselves men?” she shouted. “Why don’t you fight?” Moore was impressed at the influence Roddan seemed to have with the men.

Moore took about a dozen photographs that evening. Here are a couple more. That's Roddan on the left in the top photo. 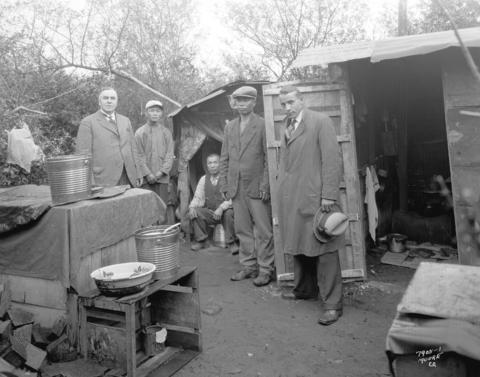 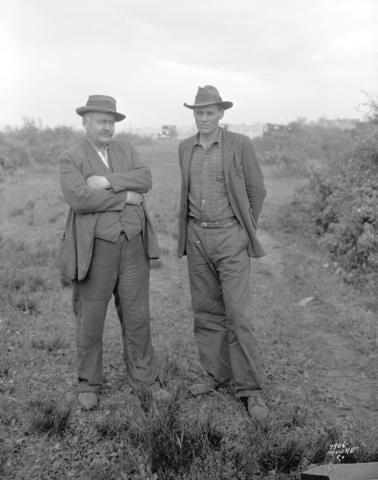 Not long after Moore’s visit, the city's medical officer reported a possible case of typhoid in one of the jungles. This was exactly the pretext the politicians were looking for. Two days later crews moved in and razed the camps, burning some shacks and smashing others into pieces. Most of the men were relocated to government work camps which opened later that fall in the Interior.