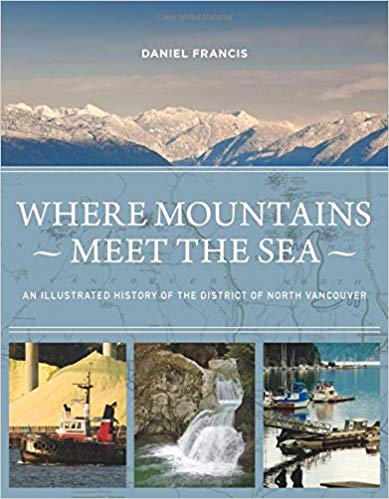 Where Mountains Meet the Sea describes how the community of North Vancouver originated as the sawmill town of Moodyville, then evolved into a residential suburb of Vancouver until following World War Two it emerged as a bustling urban centre in its own right. The book documents the district's major industries -- shipbuilding, forestry and deep water shipping -- as well as the rich legacy of outdoor recreation for which it is still known.

Each section of the book is illustrated in full colour with historic photographs, maps and charts to create a lively and accessible reading experience for locals, visitors, history buffs and anyone interested in the story of the North Shore

"Turning the pages of Where Mountains Meet the Sea is like leafing through an old family photo album, except the family in question is an entire community. And every community should have a photo album like this one...It's not quite time travel -- but it's close." - Vancouver Sun